In three words, Paulette can be described as committed, values-driven and persuasive. At DSM she fulfills the roles of “in-house climate activist and diplomat”, change strategist and trusted advisor on content.

She initiated and developed DSM’s worldwide climate action agenda along three pillars: “improve” the company’s footprint, “enable” a low carbon economy (through the company’s products) and “advocate” climate action (with a focus on renewables and carbon pricing). While different board members have embraced their own role in driving specific actions of this agenda, Paulette offers guidance and expertise, and helps to build “climate competence”, creativity and knowledge across levels, functions, regions and businesses. Paulette transformed various executives from casual collaborators into real change agents.

Improving
To improve the company’s own performance, she initiated DSM’s internal carbon price and secured commitment to its first ever renewable electricity target (in doing so, joining the RE100 campaign). Soon after, she initiated and played a key role in securing the company’s new and ambitious absolute (!) carbon footprint reduction target of 30% between 2016-2030 and integrating that in the new DSM strategy.

Enabling
In addition, she provides business-relevant expertise to some of the company’s largest innovation projects, such as for DSM’s solar panel materials business, its activities in biofuels (among other via WBCSD’s #below50 campaign), and a feed product that will massively reduce the methane emissions burped by cows.

She loves to communicate and think in creative and entrepreneurial ways to inspire others. For example she recently re-wrote and published the lyrics of Alanis Morissette’s song Ironic, to tell DSM’s “ironic” history of change (from a coal mining company, to a company boosting sustainable solutions and renewables), which can be found here. The first live performance, by one of her colleagues, has already taken place at a big, high level conference DSM organized for its suppliers.

Background
Prior to joining DSM, she was Corporate Responsibility Leader for EY in The Netherlands, where she also served as main advisor to former Prime Minister and EY advisor Jan Peter Balkenende, and was a driving force in setting up the CEO-led Dutch Sustainable Growth Coalition, initiated by the Global CEOs of Unilever and DSM. 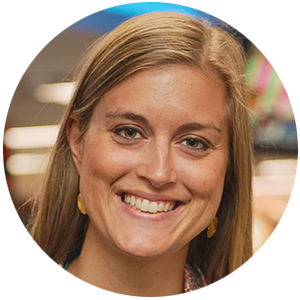