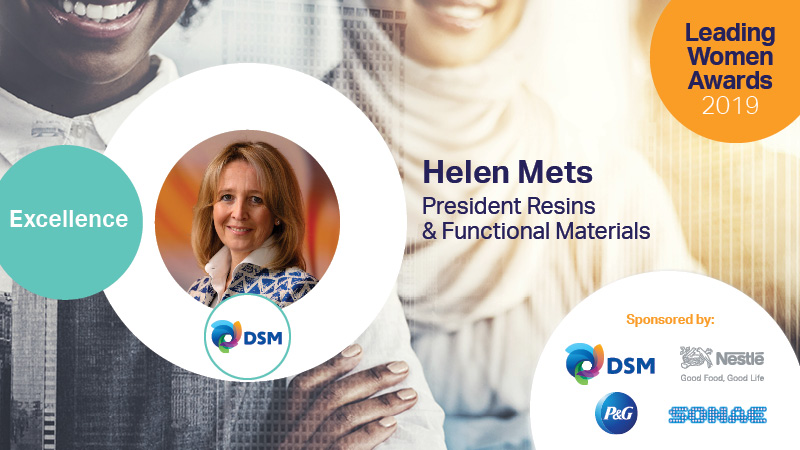 As President of DSM Resins & Functional Materials, Helen Mets plays a crucial role in managing this important DSM business and its continued drive toward sustainable growth by delivering sustainable innovations. A lifelong innovator, she has built an exceptional track record of accomplishment in growing start-ups, engineering business turnaround, and developing opportunities in emerging markets.

Helen joined DSM in 2017, following a series of successful leadership roles in Europe and the United States. A British national, she built her career with Avery Dennison, the global leader in pressure-sensitive adhesive materials. Here, she held various leadership positions, including the role of Global Vice President of the company’s Graphics & Reflective Films Division. More recently, she led the Caterpillar Equipment and Mining dealerships as Senior Vice President and Member of the Executive Committee of the Dutch family company, Pon.

Now a member of the DSM leadership team, she continues to be actively involved in DSM’s continuous drive toward diversity and sustainability.

Helen has degrees from the University of Northumbria at Newcastle and CEDEP Fontaineblue in Paris. She is also a graduate of Harvard Business School’s Executive Leadership Program.